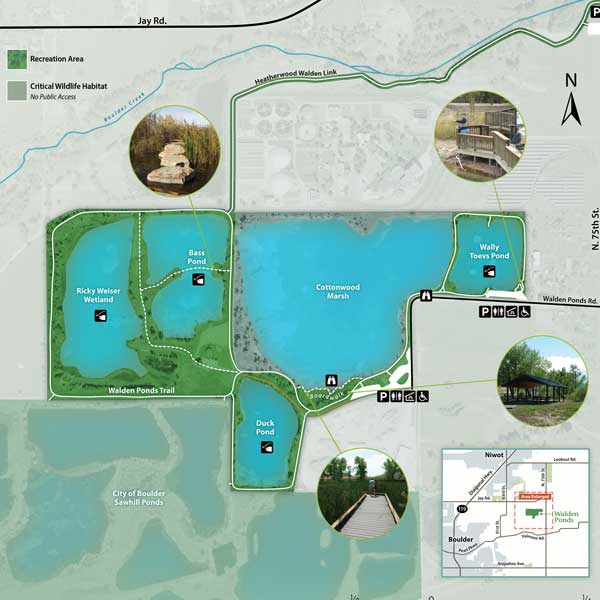 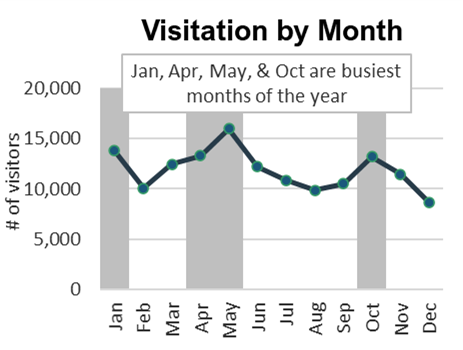 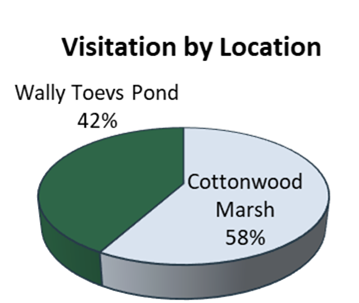 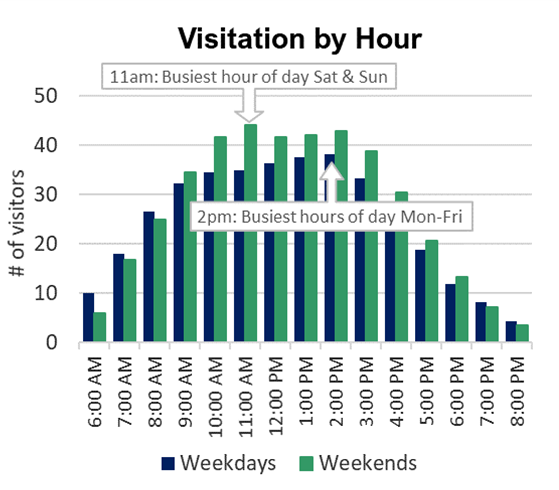 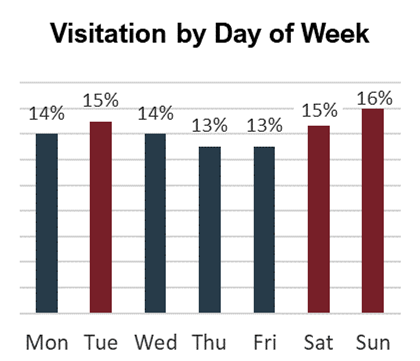 Fishing at Other Ponds

Wetland habitats, nestled within the surrounding Great Plains, support aquatic plant and animal life and attract large numbers of migrating bird species. The 100 acres of grasses, wildflowers and trees surrounding these wetlands, are biologically diverse both in and out of the water.

The ground beneath your feet is comprised of rocks which have traveled from the high peaks to the plains below. The uplift of the Southern Rocky Mountains began 65 million years ago. As the peaks rose, streams eroded and carved the landscape.

In the past, as it does today, Boulder Creek tumbled onto the plains from the western peaks and foothills, carrying with it weathered mountain rock. Sediments of loose clay, silt, sand, and gravel traveled with Boulder Creek’s flow as it made its way to level ground. The sediments were deposited on a broad, flat area bordering Boulder Creek called an alluvial floodplain. Walden Ponds is located on this floodplain. Though this ground now makes up the plains, it was once part of the high peaks.

Gravel was first mined in 1958. Open pits and puddles of groundwater were all that remained after the property had been stripped 15 feet down to bedrock.

In 1974, the county initiated a reclamation program after county residents expressed strong interest in creating a wildlife habitat. Piles of rock were compacted into dikes creating three ponds. Two additional ponds were added during the 1990s. Tree and shrub seedlings were planted and dry areas were seeded to help foster natural re-vegetation. The ponds were allowed to fill with groundwater and then stocked with fish.

Walden Ponds Wildlife Habitat first opened to the public in October 1975 and is a work in progress, a park that is still evolving as a wildlife habitat and recreational retreat.

Contrary to what many believe, Walden Ponds is not a reference to Thoreau’s pond of the same name. It is named after Walden “Wally” Toevs, the Boulder County Commissioner who spearheaded the plan to convert the gravel pits into a wildlife habitat in the 1970s.