Explore the beauty of a high-altitude reflective pool and nearby forest—the perfect learning environment for naturalists of all ages. 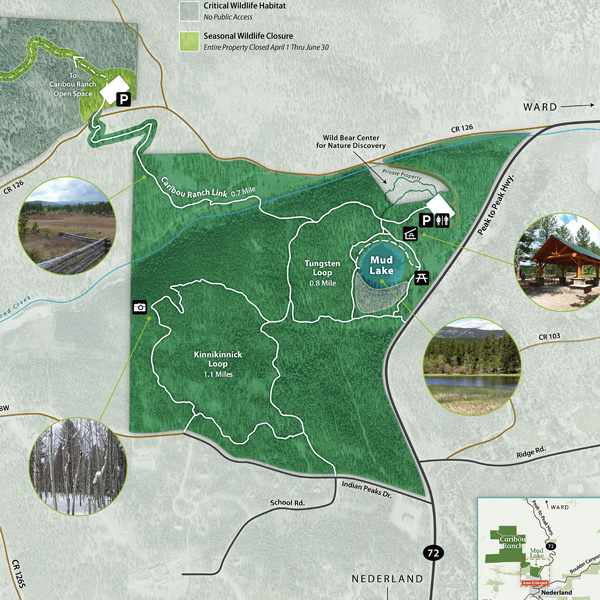 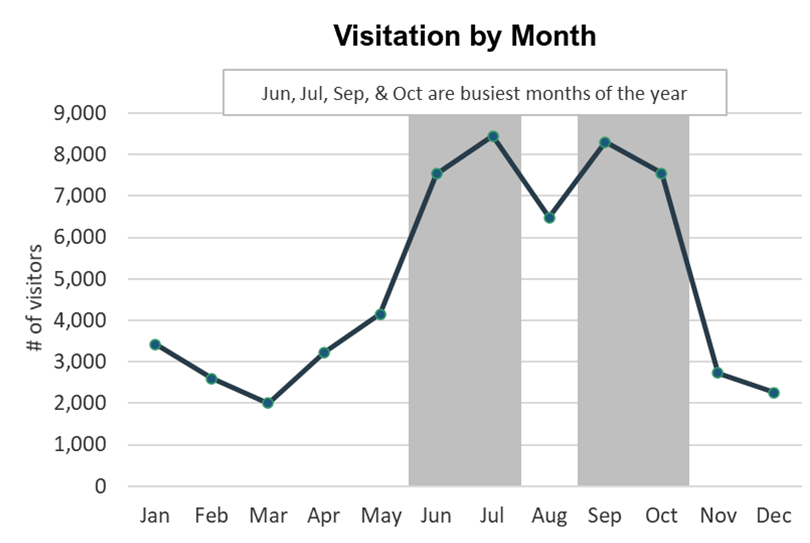 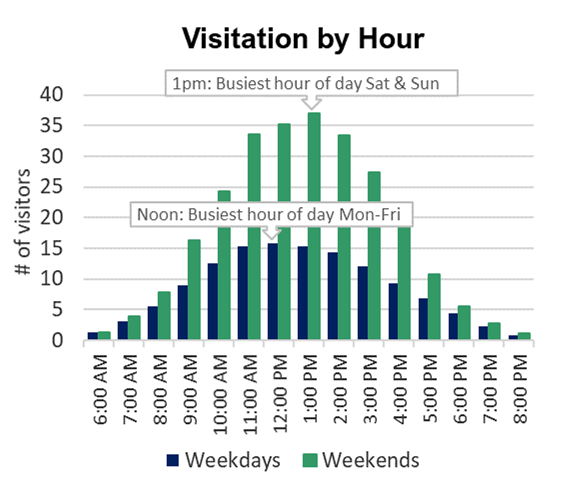 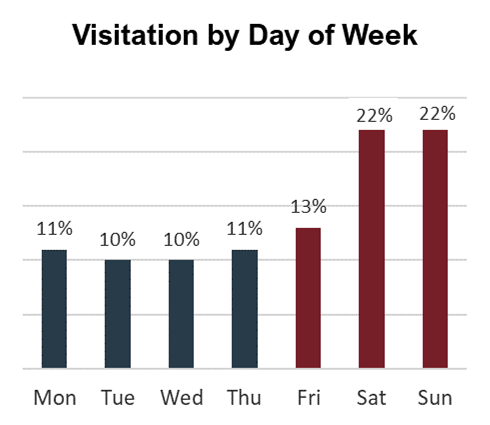 The 231 acres of Mud Lake are located between 8,250 and 8,600 feet, in the montane life zone. At this altitude, beautiful summer wildflowers bloom later at Mud Lake than at lower elevations. The close proximity of water and forests make the property ideal for moose, but many species of mammals and birds call this property home.

Much of the ground at Mud Lake is made up of two kinds of rocks, Boulder Creek granodiorite and biotite (black mica) gneiss. These rocks formed beneath the earth’s surface around 1.7-1.8 billion years ago. At that time, the northern edge of the North American continent was found long the Wyoming-Colorado border, and an ocean lay to the south. The collision of the oceanic and North American plates produced extreme heat and pressure that created these igneous and metamorphic rocks. Many periods of uplift and erosion exposed these rocks at the surface where we see them today.

Mud Lake, at one time called Muskee Lake, was once thought to be a crater formed by a meteorite. A study funded by the Town of Nederland and the Colorado Geological Survey in 2001 concluded that it is more likely of human origin.

In 1947, researchers found some tiger salamanders at Mud Lake to be polydactylic, growing too many feet or toes during metamorphosis. This is considered the first record of mass polydactylism among amphibians.

The tungsten-mining boom, which began at the turn of the 20th century, heavily influenced use of the property. By 1904, the Wolf Tongue Mining Company and the Primos Chemical Company owned and mined much of the area.