Boulder County, Colo. - On Saturday June 18, 2022, at approximately 9:42 a.m., the Boulder County Sheriff’s Office received a call regarding a female that had fallen and had a ankle injury on the Fourmile Canyon Link Trail at Betasso Preserve.

Fourmile Fire and Sunshine Fire, Boulder County Open Space Rangers and members of Rocky Mountain Rescue Group all responded. Rescuers stabilized the injured hiker and then using a litter she was carried out to a waiting ambulance. The 68-year-old female from Longmont, Colorado, was then transported by American Medical Response ambulance to a local hospital with injuries to her ankle. The rescue took approximately one hour. 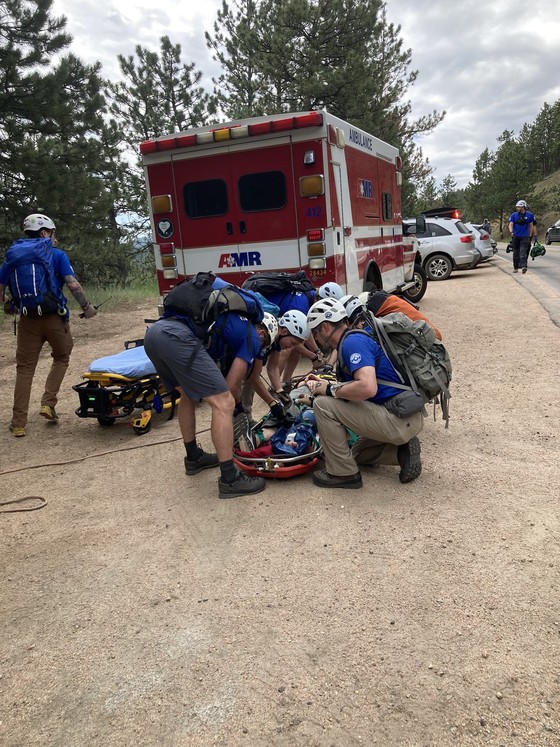