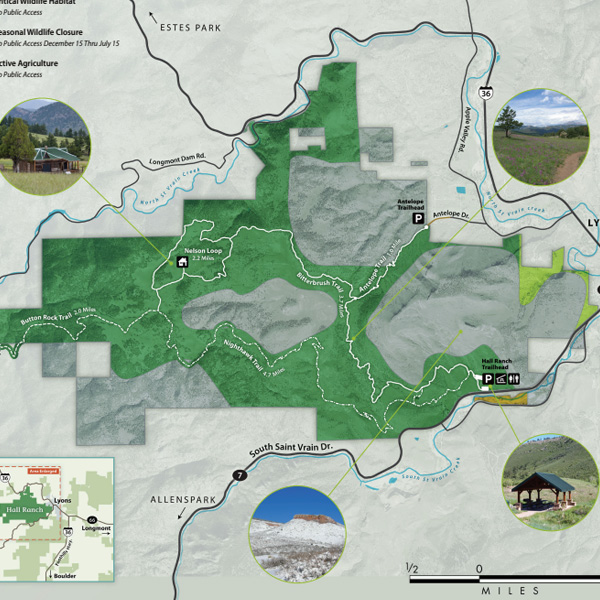 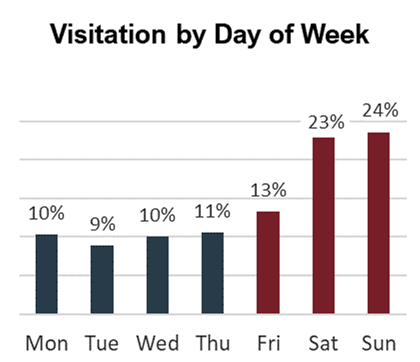 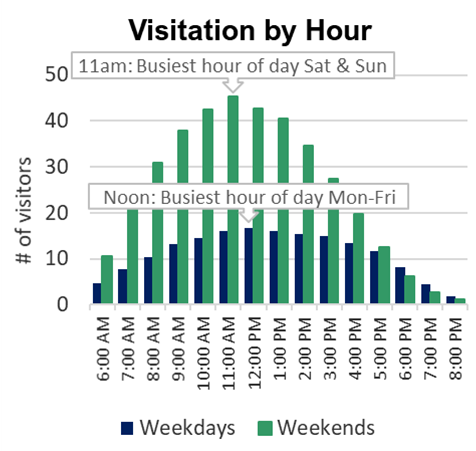 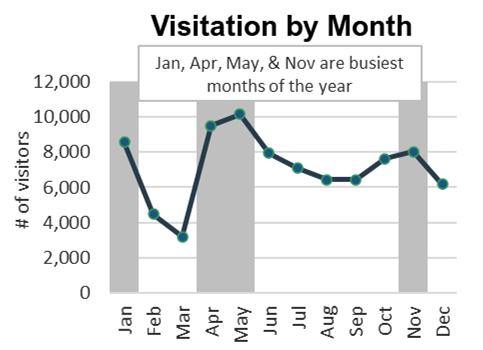 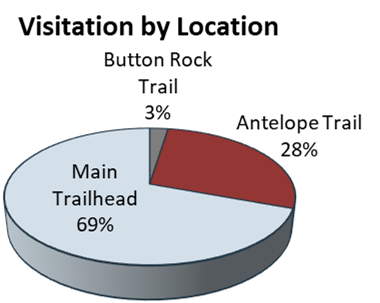 Prescribed burns will be conducted when conditions allow.

Learn more about the Prescribed Burns.

Along Colorado’s Front Range the sweeping grasslands of the Great Plains rise to meet the rugged peaks of the southern Rocky Mountains. Where they meet we find the Foothills—a zone of geological and biological transition. Foothills ecosystems, such as the one that makes up the 3,899 acres of Hall Ranch, are made up of varied landforms such as cliffs, canyons, hills, and meadows. Plant communities ranging from grasslands to shrublands to forests provide a variety of habitats for a diversity of animals.

The Lyons Formation, a salmon-colored rock, can be seen in buildings on the University of Colorado’s Boulder campus. The western section of the property is dominated by formations created 1.3 to 1.7 billion years ago when magma far below the earth’s surface cooled and solidified before being subjected to the forces of pressure, uplift, erosion, and burial. The most recent period of mountain building began approximately nine million years ago. Since then, erosion has been the geologic force sculpting the landscape.

From Mountainside to University

A quarry can be seen along Hall Ranch’s eastern side. Stones from here were used in many of the University of Colorado Boulder’s buildings, giving it its signature flagstone look.

Originally, the property that is now Hall Ranch was home to Arapaho and Cheyenne Indian tribes. In the 19th and 20th centuries, more than 20 different Anglo families homesteaded here. From the mid 1940s to 1993, Hallyn and June Hall owned and operated the ranch.

The Nelson House, located along the Nelson Loop Trail, is the remnants of an old homestead from the early 20th century.