The Goodhue Farmhouse is a unique meeting place located at the Carolyn Holmberg Preserve at Rock Creek Farm. It can be reserved by certain groups and organizations.

The Goodhue Farmhouse can only be reserved by:

Use our calendar to request a reservation.
Request A Reservation

Cancellations: No refunds. If the reservation is canceled more than thirty (30) days in advance of the event date, the fee can be transferred to an alternative date within the same calendar year if the cancellation and rescheduling are done simultaneously. 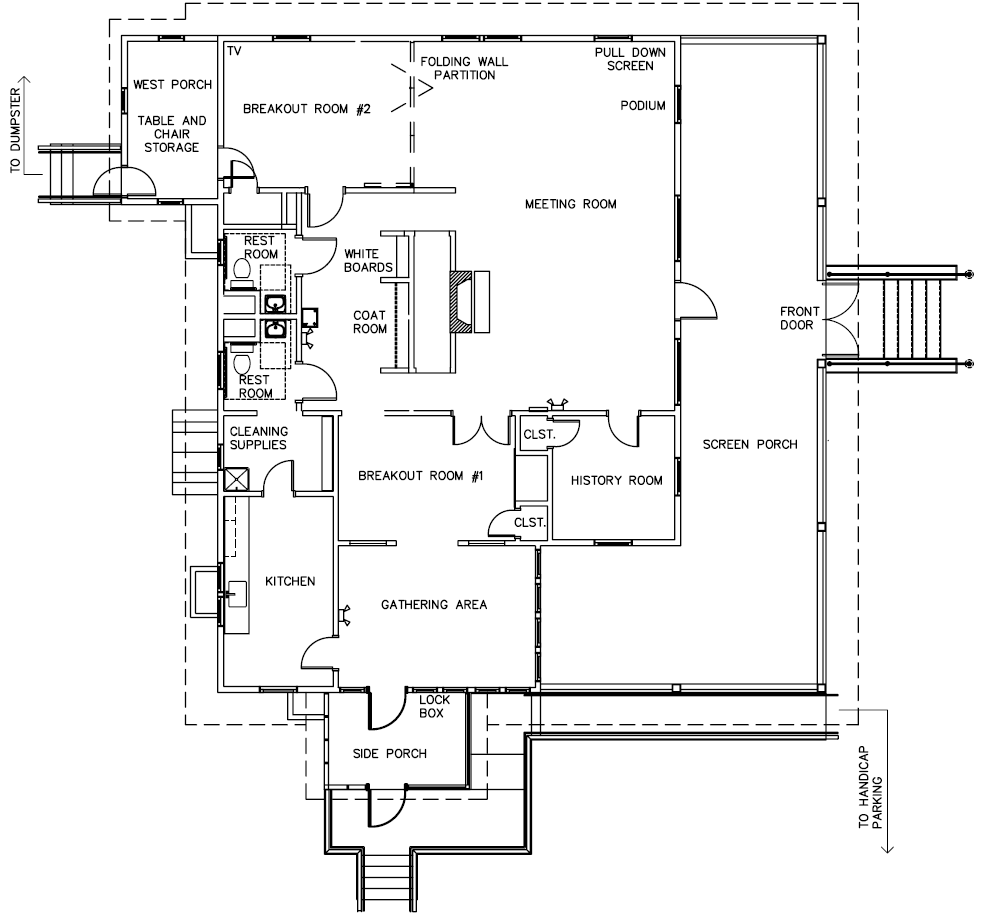 The facility includes a projection screen, a TV with HDMI input and a DVD player, a dry erase board, a refrigerator, a microwave, and WiFi. There is a Keurig coffee maker available, but bring your own K-cups. Guests must provide cups, plates, napkins, utensils, etc. Alcoholic beverages are prohibited.

The reservation includes the building, front lawn, and parking lot. All other areas of the farm and grounds are leased by a farmer and therefore closed to the public.

Failure to properly clean up, dispose of trash in the dumpsters, and put recyclables in the designated locations may result in denial of future reservations.

With the discovery of gold near Gold Hill, a flood of miners streamed into the mountains of Boulder County in the late 1850s. Few were lucky, and many turned to other trades such as farming and ranching.

In 1863, Mary and Lafayette Miller came west, bringing the first threshing machine to the Colorado Territory. The couple ran a large roadhouse and stage station for the Overland Mail Stage Route from 1864 to the 1870s on what is now part of the open space property. When competition from the Denver Pacific and Kansas Pacific railroads decreased traffic at the Rock Creek Station to only local trips, the Millers began running a successful cattle ranch in the area and meat market in Boulder. Mary Miller later founded the town of Lafayette in 1888, naming it for her husband, who died in 1878.

Abner Goodhue bought property at Rock Creek Farm in the 1870s, and shortly thereafter built the Goodhue irrigation ditch and irrigation reservoir that would become Stearn’s Lake. During the past century, the property has been used to raise crops and livestock, and was home to a dairy farm.

Boulder County purchased a portion of Rock Creek Farm in 1980 for agricultural preservation and as a buffer between the growing communities in southeastern Boulder County. Following her death in 1998, the open space was named the Carolyn Holmberg Preserve at Rock Creek Farm for Carolyn Holmberg, former open space director, who promoted the acquisition of the property in 1979. Boulder County began rehabilitation work on the 90 plus-year old farmhouse in 2004 with the desire to create a unique meeting space for southeastern Boulder County.

Besides the modern conveniences of a meeting center, the facility includes a small parlor furnished with period furniture of the 1930s. You are welcome to sit and relax in the parlor and imagine what life could have been like for a working family in eastern Boulder County. 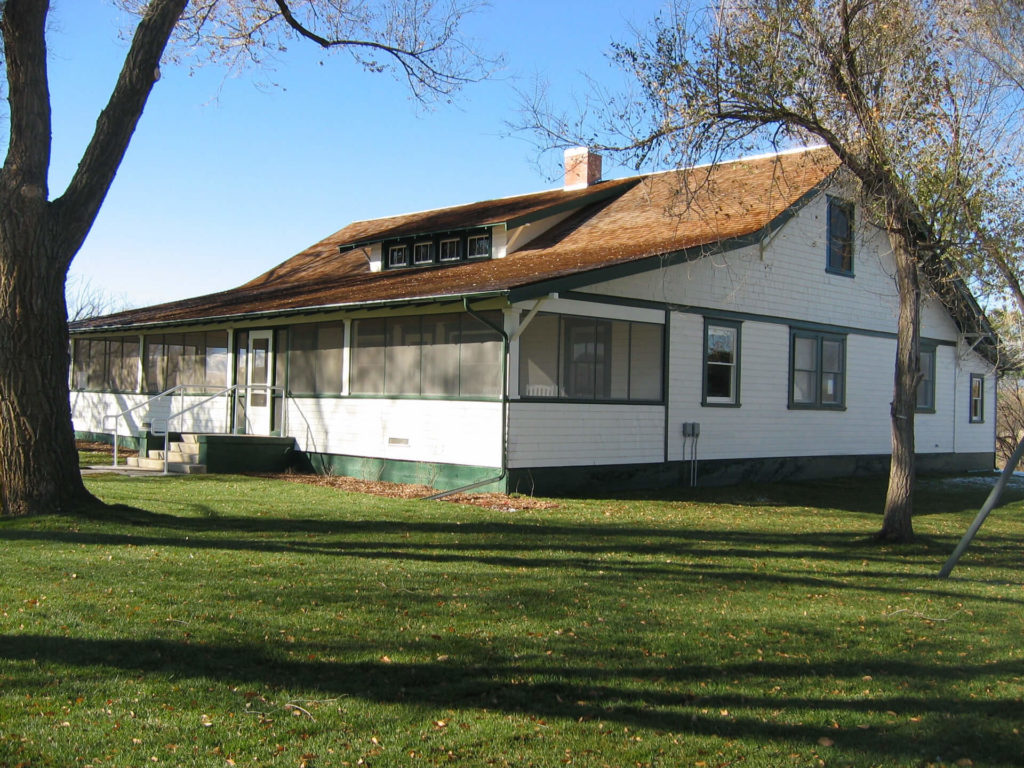 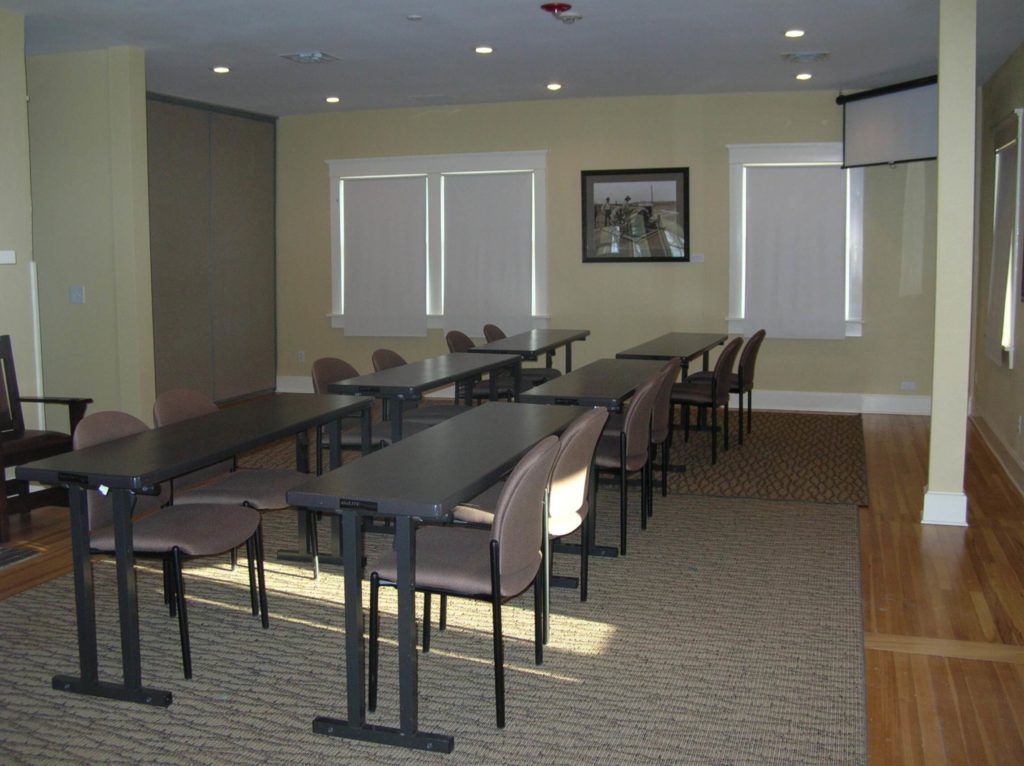