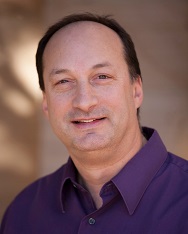 Paul was born June 9, 1964 in Denver, Colorado to Max and Arlene Weissmann. He is the youngest of five children. Paul attended John F, Kennedy High School in Denver, graduating in 1982.

Paul ran and was elected to the Colorado State Senate in 1992 serving the 17th District for one term. He represented Louisville, Lafayette, Niwot, and Longmont. In the Senate, Paul served on the Health, Environment, Welfare, and Institutions (HEWI) Committee, the State, Veterans, and Military Affairs Committee, the Transportation Committee, and the Fire and Police Pension Review Committee. Paul did not seek reelection in 1996.

Paul was elected to the Colorado State House in 2002 serving the 12th District. In the House, Paul represented Louisville, Lafayette, and part of Longmont. He served as Chairman of the State Veterans, and Military Affairs Committee and as a member of the Appropriations Committee. Paul was selected by his peers to serve as the House Majority Leader in 2008 and 2009. As Majority Leader, Paul gained a reputation for being fair and efficient. Because of term limits, Paul did not seek reelection in 2010.

In November 2010, Minority Leader Sal Pace selected Paul to be the Democratic House Chief of Staff; a position he began upon completion of his term as Representative in January 2011.

Paul is also a teacher. He has worked as a substitute teacher in the Denver Public Schools since 2000. He has also been a lecturer at the University of Colorado, Boulder, teaching “Contemporary Social Issues and Human Values” (SOCY 2011) during the Fall semesters 2008 and 2009.

Paul started his own business, BP Products, LLC, in 1999; manufacturing and marketing “Quarters of the States” maps to display the newly minted 50 State Quarters.