The IBM Connector Trail is a multi-use regional trail that connects the Gunbarrel community to the Boulder Reservoir and the larger City of Boulder parks and trails system. The trail opened to the public in June 2017 and is approximately 0.6 miles long with a primary crusher fines surface, three underpasses (two highway and one railroad), and two bridges.

The project was paid for using Federal Transportation Enhancement funds and by Boulder County. Federal funds are part of the Longmont-to-Boulder Regional Trail Connections project for which Boulder County was approved for funding in 2007. Boulder County used dedicated funds for trail implementation passed by county voters in 2001 and extended in 2007. 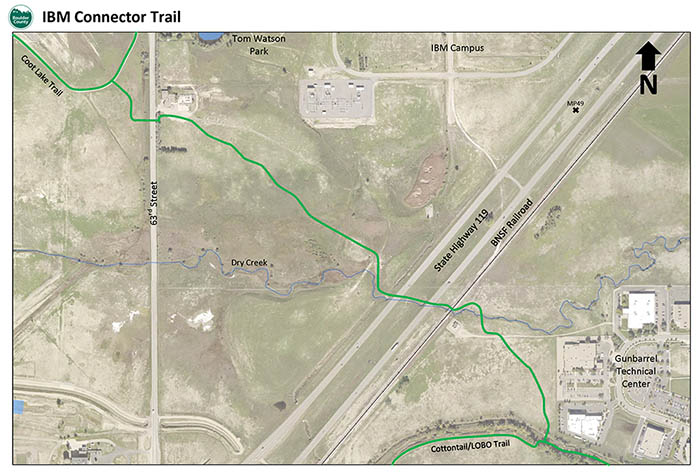