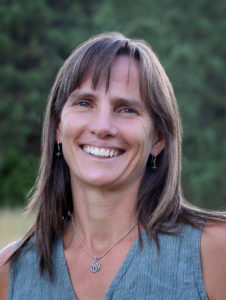 In March 2019, Elise was appointed by the Governor and authorized by the General Assembly to serve on the Colorado Air Quality Control Commission which oversees the state’s air quality program. In this position, she will work to promote clean and healthy air for Colorado’s residents and visitors and protect the state’s scenic and natural resources. (Elise has also served as a representative for the Regional Air Quality Council since 2009. Her appointment to the RAQC will continue until her position is filled.)

Elise has lived in Boulder County for more than 20 years where she has been an important environmental advocate and active community member around many issues key to Boulder County.

Prior to serving as County Commissioner, Elise served as executive director for the Colorado Environmental Coalition for 13 years where she worked to protect wilderness and open space, promoted clean energy, and advocated for sustainable land use and multi-modal transportation alternatives, among many other accomplishments.

In addition to a bachelor’s degree in Natural Resources from Cornell University in New York and a master’s in Resource Policy, Planning and Administration from the University of Michigan, Elise has decades of experience with public policy-making.

She has worked as a regional director for the League of Conservation Voters, a senior legislative assistant for an Oregon congresswoman, and a project coordinator for the National Wildlife Federation. She has dedicated her non-profit and volunteer time to the Boulder Planning Board, Greenprint Denver Advisory Council, Colorado Conservation Voters, and Humane Society of Boulder Valley.

She also has a passion for social justice, helping those in need, and addressing the climate change crisis.

Elise lives in Boulder with her partner, Karl, and their daughter, McKenzie.

As a resident of Boulder, Commissioner Jones represented residential District 1.