Cindy Domenico served as a Boulder County Commissioner from July 2007 to January 2019. 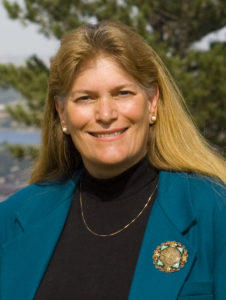 In 2009, she was chosen by Colorado Counties, Inc. as “Commissioner of the Year” out of 219 commissioners and council members from 64 counties for her dedicated work on initiatives that helped benefit small and large counties alike.

Domenico served as Boulder County Assessor from 1997-2007. She was appointed Assessor in 1997, followed by three consecutive four-year term elections in 1998, 2002 and 2006. She started as a staff member in the Assessor’s Office in 1984, serving in various appraisal and administrative roles before being appointed to the top position in 1997.

Domenico is a life-long resident of Boulder County, growing up on her family’s farm in Lafayette and receiving her B.A. in Environmental Science from the University of Colorado, Boulder.

Her husband, Ken Birgen, is a retired first grade teacher from Kohl Elementary in Broomfield. Ken and Cindy live in Lafayette. Daughter, Julia, like her mom, is a graduate of the University of Colorado, Boulder

As a resident of Lafayette, Commissioner Domenico was the residential representative for District 3 through the end of her final term.